Another low mileage day! We had our eyes on the Columbia Icefield campground – about thirty miles from Sasketchewan Crossing. But I messed up and got the idea into my head that it’d be a “short” day – which always means that the day feels like it drags on much longer than anticipated.

The day began by following the milky blue North Sasketchewan River north. There are a few viewpoints here – of the river, surrounding mountains, and the “Weeping Wall” which seeps water. We stopped for photos but nothing was quite as impressive as yesterday.

Before long the road curved upwards towards Sunwapta Pass and the ascent began. The sun was beating down but a headwind helped keep temperatures in check and  after an hour of pedaling we arrived at the pass and crossed into Jasper National Park.

Shortly below the pass is the campground and luckily there are plenty of spots available. We set up our tents and headed to the nearby visitor center to see what was there. To our surprise there were hundreds of people there and much more than we had expected! There were tours onto the glacier on specially built ice crawler buses, bus rides to a glass-floored sky-walk above a canyon, two restaurants, lodge, and (of course) a gift shop. We were under the impression that there weren’t any other resupply points on the highway so it was nice to see some civilization!

We did a short hike to the edge of the Athabasca Glacier which was a bit underwhelming then headed back to camp, cooked dinner, and prepared for the oncoming heavy rain.

Notes from Donald: “We crossed into Jasper National Park today! We’re camped at the edge of the Columbia Icefield and the campground is small but pretty. We also took a hike up to the toe of the Athabasca Glacier which was… windy.” 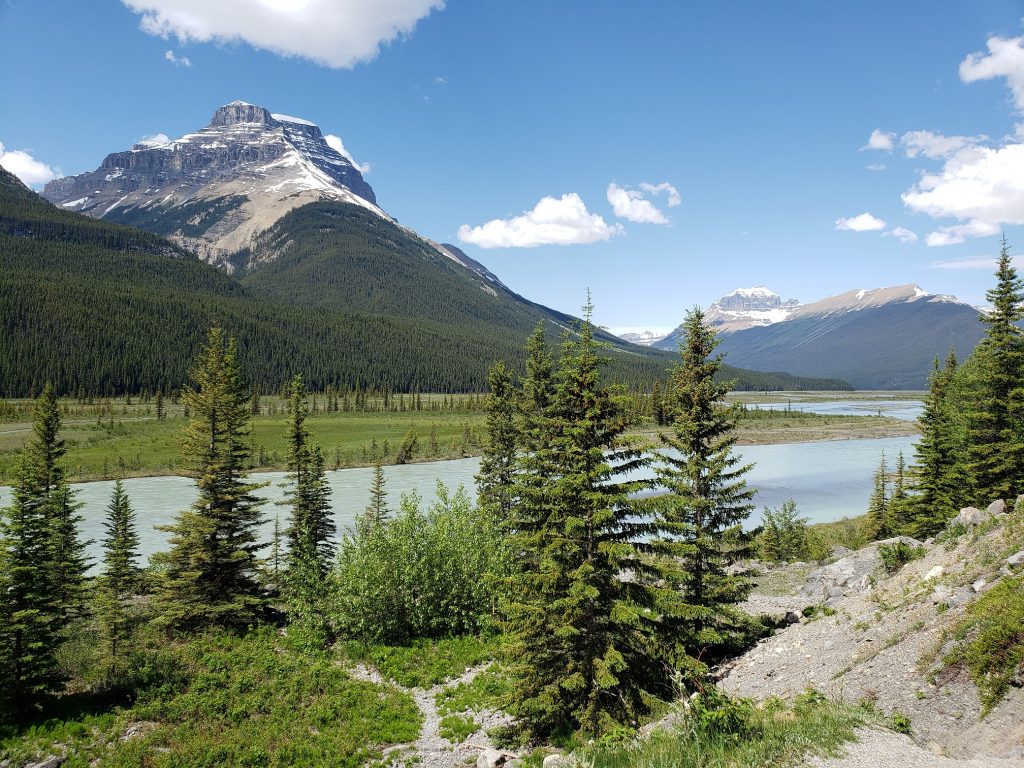 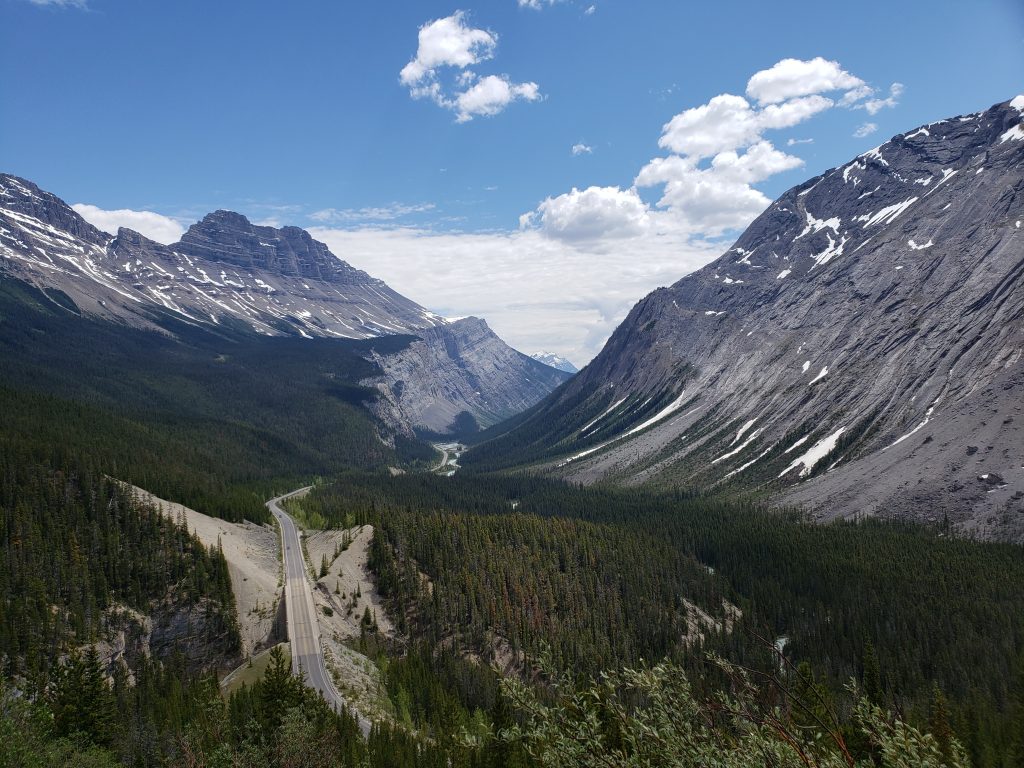 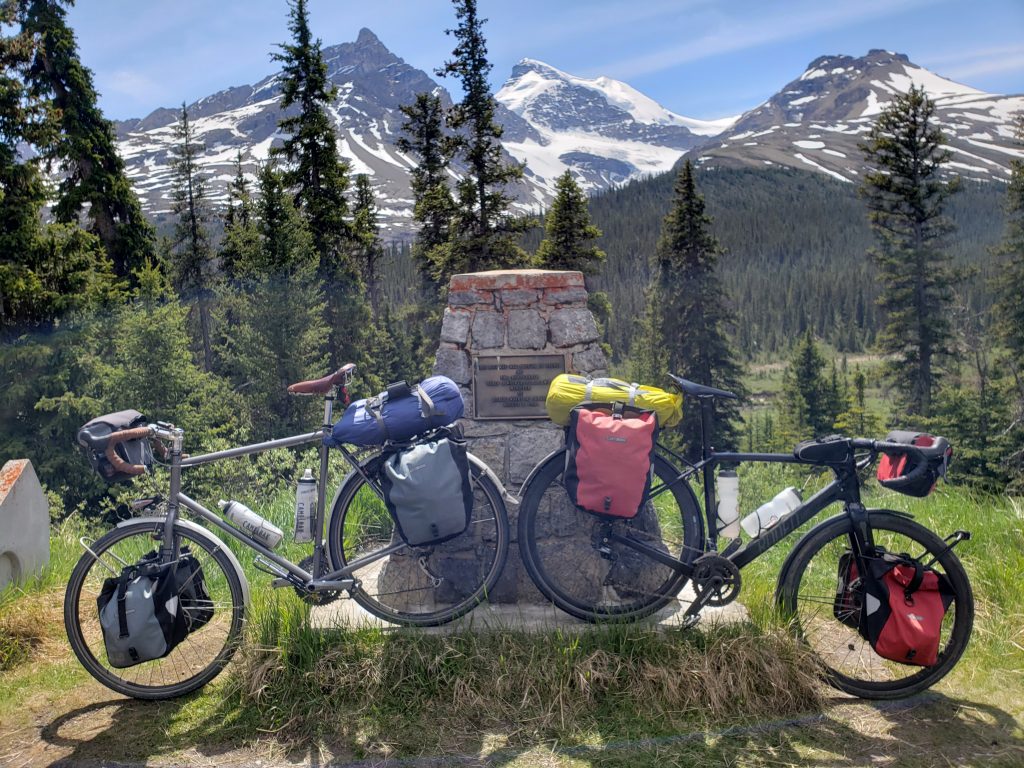 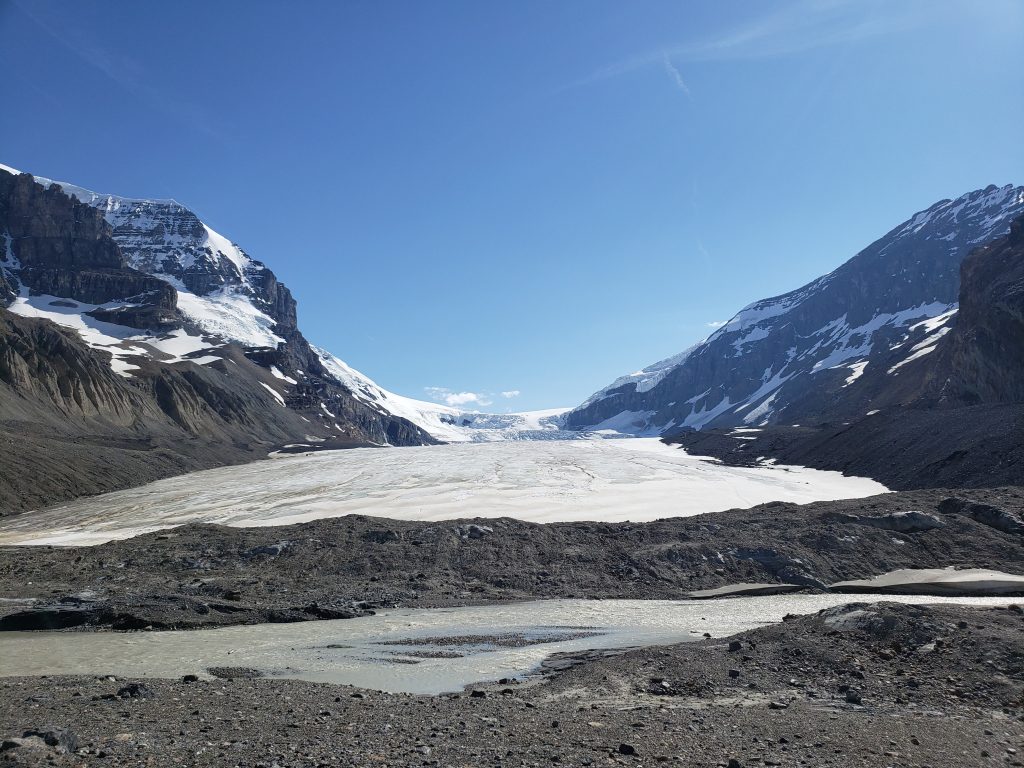