We have three days to cycle the 140 miles of the Icefields Parkway so there’s no rush from now on. Jiayi was here last year and made a list of recommended sights for us so we’ll be stopping along the way for short hikes and sightseeing.

The day started with a brief mile on the Trans-Canada Highway where they had luckily installed a bike path so we didn’t have to ride on the freeway proper. The first exit was the beginning of the Icefields Parkway and had another gate to make sure you have a Canadian Parks Pass. But like so many other park entrances on this trip, the bike path routes around the park gate – we have yet to have our park pass checked once!

The road begins by following the Bow River up through a valley with rocky peaks on either side. Snow still covers large patches of these mountains and I spend my time looking for routes up them.

Photos of the Icefields Parkway had inspired this trip and the two spots those photos were taken were on today’s route! We reached the first area – at Bow Lake – and started walking along the road looking for the exact spot, only to notice hundreds of mosquitoes buzzing around us! They landed by the dozen on all of our panniers and our legs as Donald raced to get the bug repellent out of his bag. A very liberal application later and the bugs stopped bugging us enough for me to futz around with getting my bike to stand up against a small rock for a photo.

The road went up and up and eventually reached Bow Summit at 7,000 feet where there was a parking lot and viewpoint. Peyto Lake was an incredibly vibrant shade of blue and the valley in which it resided was stunning, but the constant stream of tourists getting off of buses made it hard to enjoy.

We pulled over at most of the stops along the road, taking short hikes to viewpoints. Mistaya Canyon was particularly great – would recommend. Before long we reached the Sasketchewan River and found a place to stay for the night. The only resupply point on the entire highway is here so we’ll be stocking up before taking off tomorrow. Today’s bizarre snack of choice was “sweet chili sour cream potato chips.” Pretty good, would have again.

Notes from Donald: “We got to make a lot of touristy stops today. There were a lot of lakes and waterfalls that we got to see. All in different shades of blue. It was a very pretty ride today.” 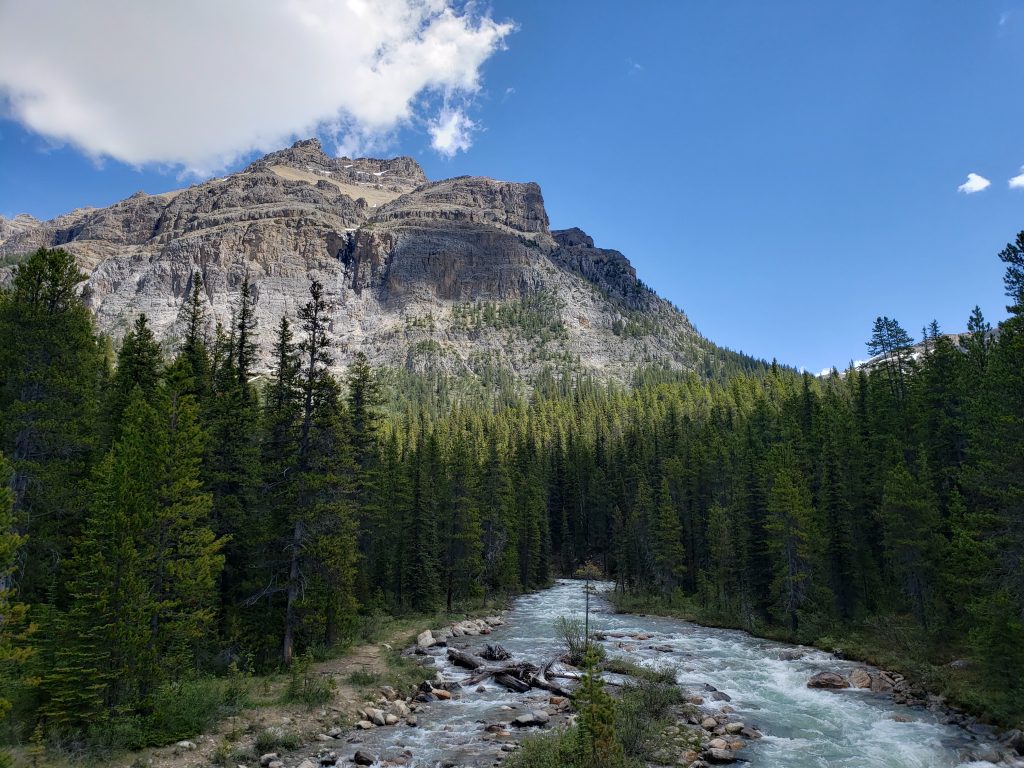 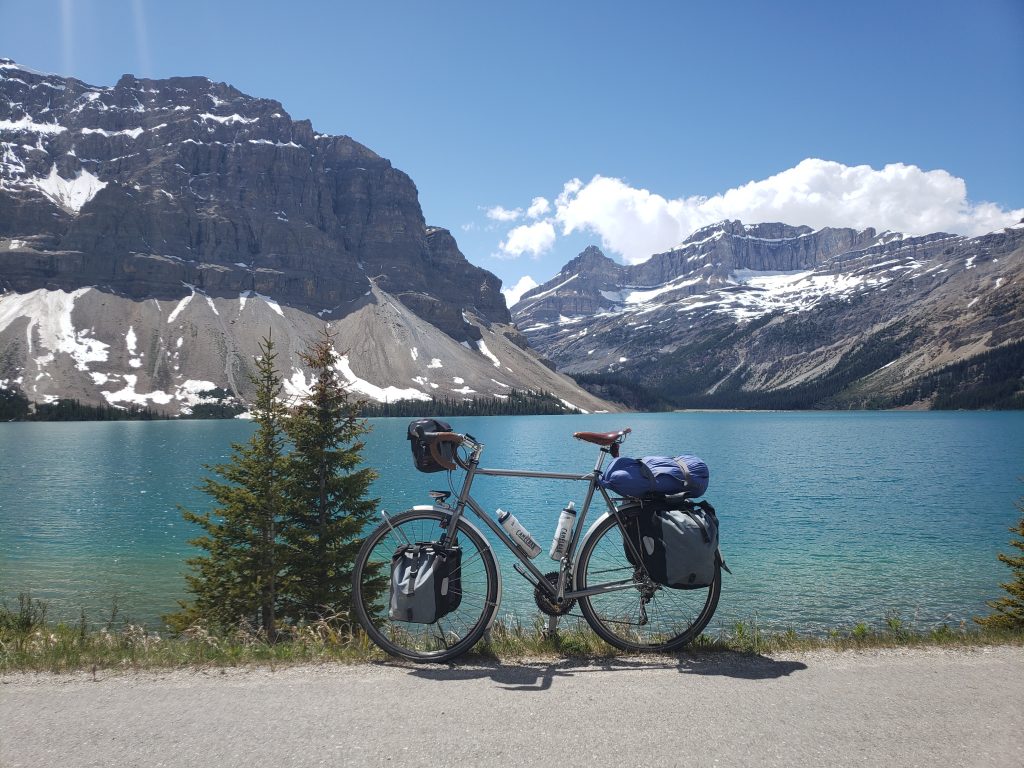 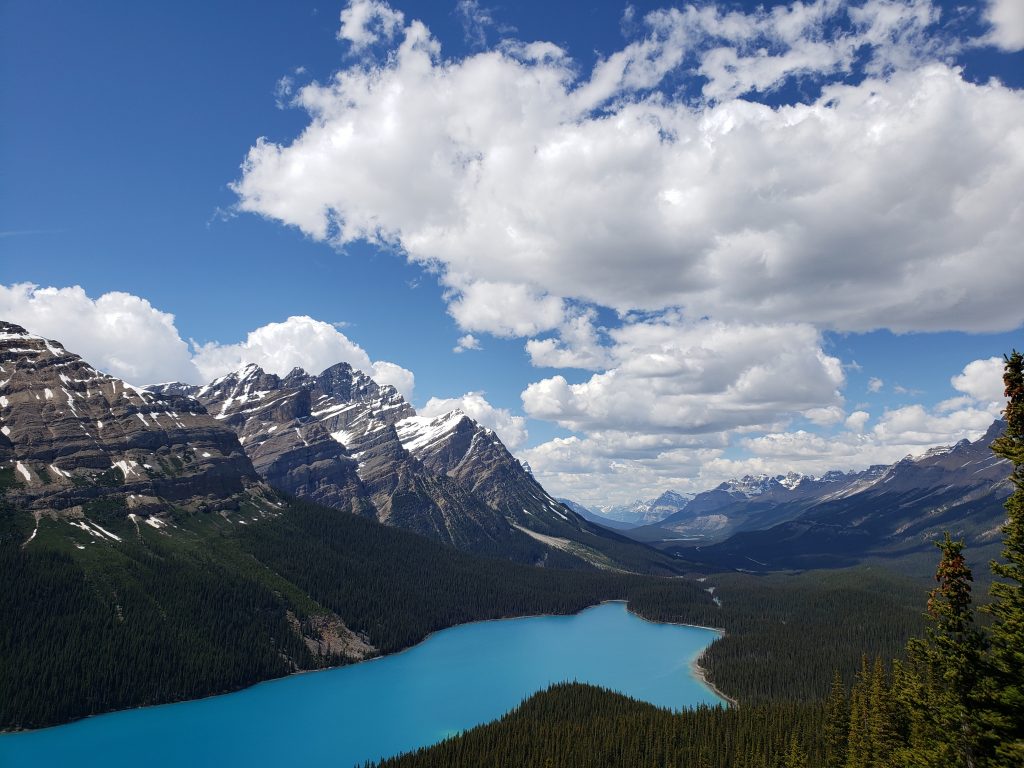 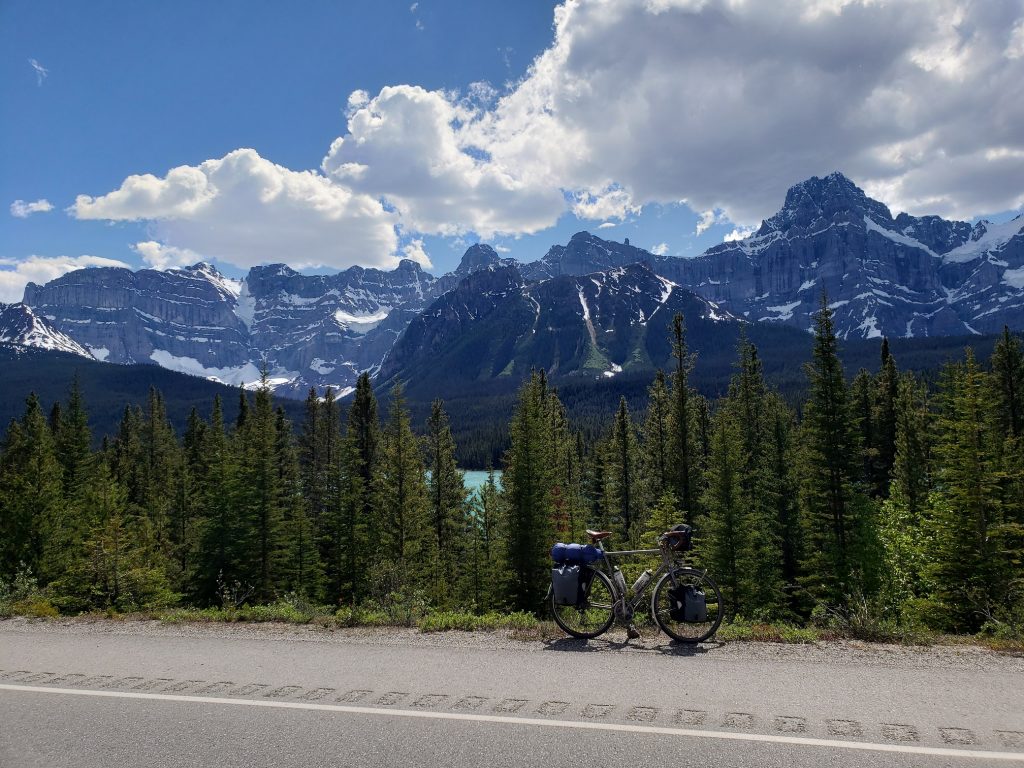 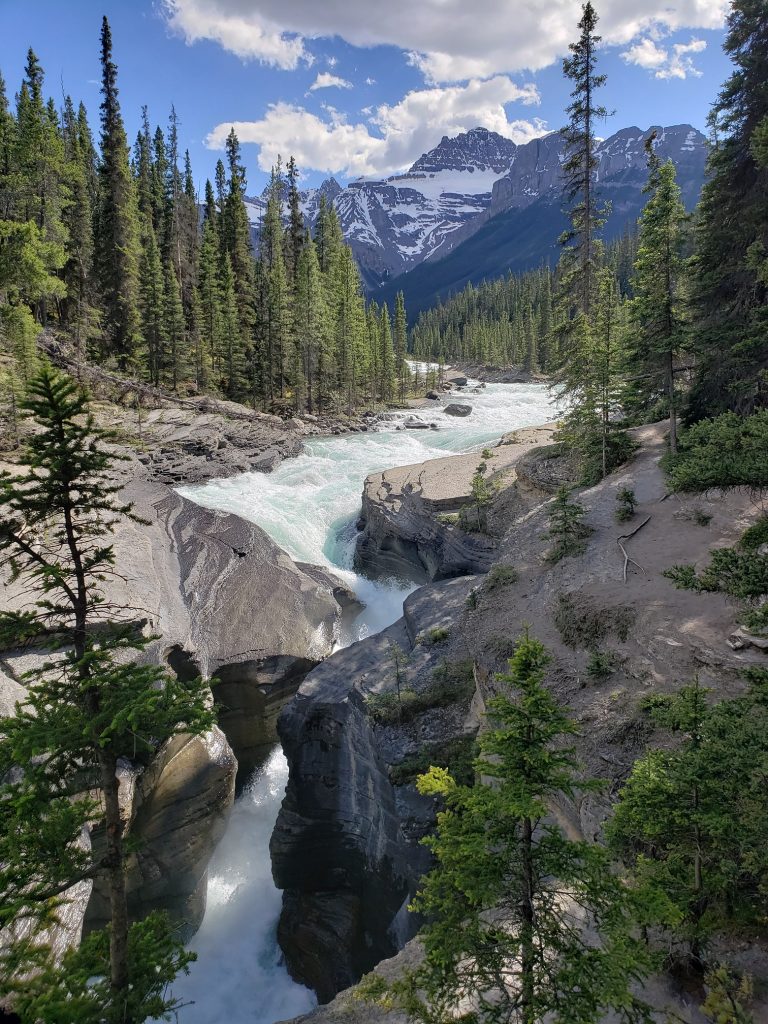