Another hot day. After retrieving our bear-bagged food and packing up camp we headed north and immediately ran into a French couple touring on recumbent bikes. They started in Vancouver and are headed to Jasper as well. After a quick chat we went our separate ways, only to run into a southbound solo tourist riding the ACA route to Missoula less than an hour later. I guess touring season is in full swing up here!

We arrived in the town of Canal Flats for lunch to find that the only restaurant in town is closed for renovation. Grocery store food it is! My lunch consisted of 1) a packet of vegetables and ranch dressing, 2) a liter of lemonade, 3) half of a packet of deep fried pork that was sitting under a heat lamp, and 4) a large slice of banana cream pie. Lunch of champions.

We’d been following the Kootenay River for the last day and here it took a turn up a different valley, where we’ll be tomorrow. The river we were now following was the Columbia River – tributary of the Kootenay River, tributary of the Columbia River that runs through Washington State and Oregon. It takes quite a long time to reach the Pacific but it’s pretty amazing to see how big these rivers are despite being so many hundreds (thousands?) of miles inland.

Back on the road and we continued our pattern of taking every side road possible, and one of the side roads turns out to have  a bike path along it! These bike paths are always a little bittersweet – you can get away from traffic but often times  the paths are twisty and poorly graded so there’s a lot of extra climbing and not a lot of fast downhills.

The bike path drops off into the town of Invermere which looked like a neat little ski/bike town from the map. But reality doesn’t always match expectations. The town tried to offer bike facilities (bike lanes, paths, etc) but they were not very well implemented – poorly marked and not connected. Intersections were also insufficiently labeled/poorly planned, and to top it off we ran into a number of unpleasant drivers in the few minutes we were in town. Glad we weren’t planning on staying here for the night!

Another hour of riding brought us to the town of Radium Hot Springs, BC where we found a motel for the night. Remember day 1 when we stayed in Radium Springs, NM? We’re finally at Radium Springs #2 for the trip!

The motel owner gave us free passes to go to the hot springs in town so we biked up the steep hill into Kootenay National Park where there’s a pool fed by the hot springs. The pool was a nice change of pace (although I wouldn’t consider it an attraction in its own right). After dinner we ran into our next door neighbor in the motel who had done bike tours in the past, so we swapped stories from tours before saying farewell.

Notes from Donald: “Today was pretty hot and sunny. Stopping at Dutch Creek to stick our heads in the water was really nice until I got brain freeze. The water was very cold! I’m glad that the owner of the Inn in Radium convinced us to go to the hot springs.” 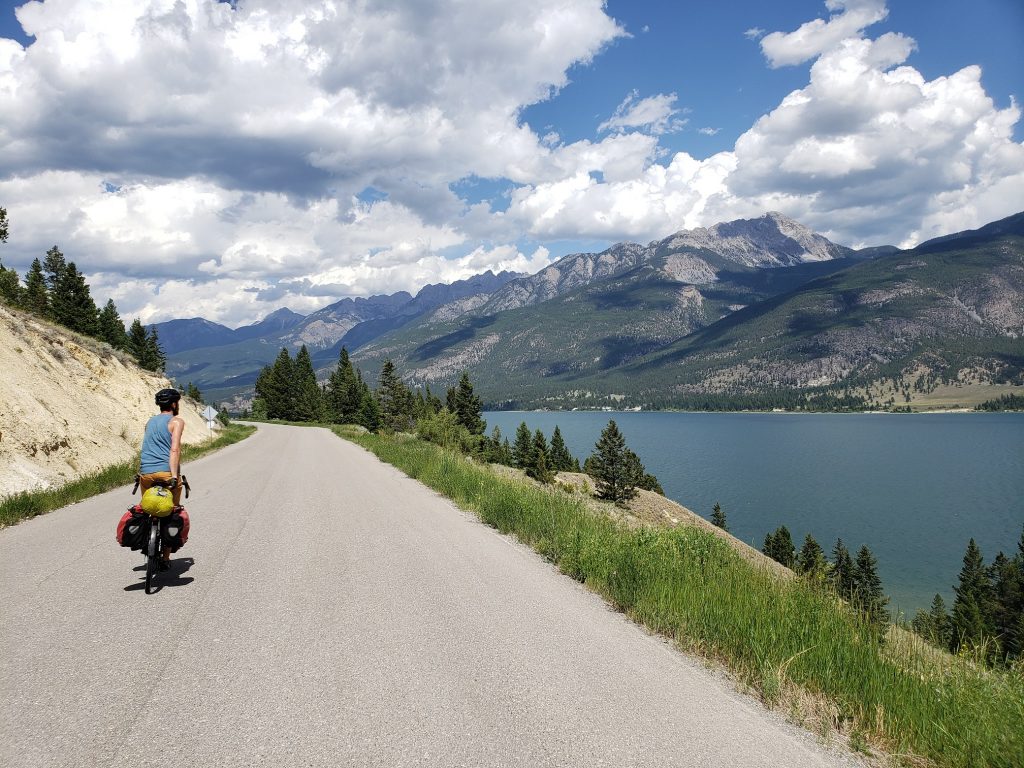