Hot weather is back! After stocking up on some groceries we headed out of town, having to cut twenty miles south to get around a mountain range before heading north again. We planned the route ourselves for most of this trip but we’re now following Adventure Cycling’s “Great Parks North” route which will take us to Jasper. The route has a “gravel alternate” route for these twenty miles and we take it in hopes of getting away from traffic.

The gravel road was indeed nice and quiet and we only saw one logging truck (and only made one wrong turn taking us a mile out of the way, and only almost fell off the road once each). Before long we were dumped back on the highway and ate at an outdoor fast food place in Elko. We had come so far back south that we were only twenty miles from the US border!

Towns are small and far apart here and we stopped in each one to pick up cold drinks and get some relief from the hot sun. Soon, larger mountains appeared to the left and right as we entered the valley proper. Getting photos from the road is always a game of waiting for the power lines to move out of the way so they’re not in the shot.

We also had our first moose sighting! There are barbed wire fences on either side of the highway and it’s impressive to see such a large animal clear the fence easily. I haven’t talked about wildlife much yet! We’ve got most animals sightings checked off now – two black bears in Glacier National Park, three moose here in BC, tons of deer everywhere (including one who got very startled by us on the gravel road this morning and was incapable of figuring out that we were riding down the road, and as a result got “chased” by us for a full mile). Lots of prairie dogs (or similar) along the whole route, and even a glimpse of badger in Idaho. No grizzlies yet though (and I’m okay leaving it that way!)

More hours of hot riding and we finally arrived at Wasa Lake and grab some bar food at a small pub before heading to the campground in the nearby state park. This campground is massive – there are four roads in it, each a full half mile long. Also, showers! We pitched our tents, bear bagged our food, and escaped from the mosquitoes.

Notes from Donald: “Riding twenty miles of gravel was fun and a nice change from roads with their traffic and noise. Also, tossing shampoo between shower stalls is hilarious!” 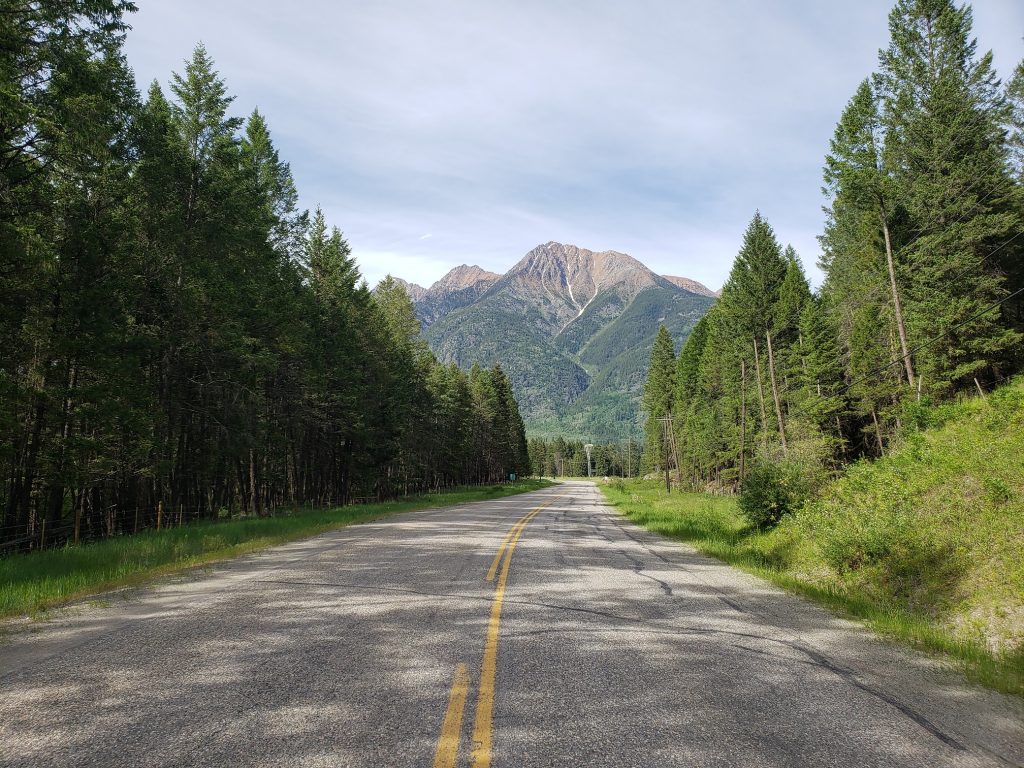 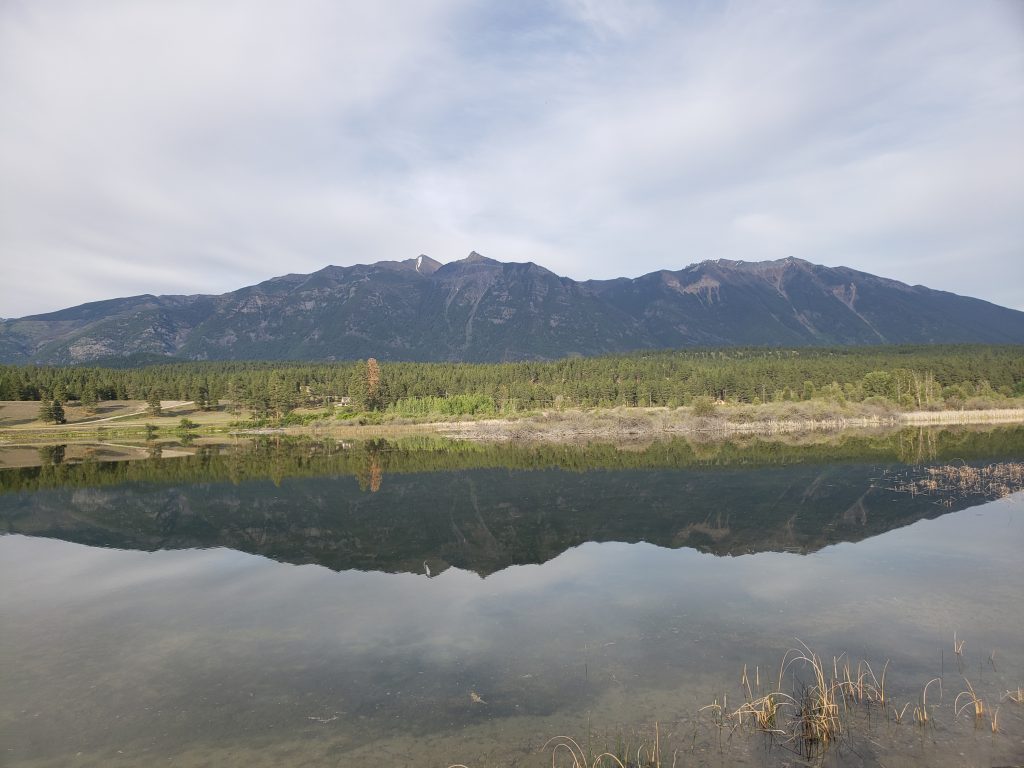