Today was to be on the longer side with more than eighty miles to cover and a fair amount of elevation gain as well. So we procrastinated in the morning and got a late start.

Immediately outside of Radium is the entrance to Kootenay National Park and the road begins its ascent. The first climb went smoothly and we covered the two thousand feet of elevation in less than an hour. The rest area at the top was fenced off with signs saying it was closed due to frequent bear sightings so we continued down the other side of the pass in hopes of finding a place to stop. Just a couple minutes later we passed by a black bear mom and cub on the side of the road not ten feet from the road, behind a concrete divider. Luckily we were going thirty miles an hour so neither us nor the bears had much time to react and soon they were well behind us.

After a quick stop at a viewpoint we continued downhill and came across another black bear on the side of the road, this time with a couple cars pulled over to watch. As we whizzed by the bear looked up at us sheepishly, its mouth full of of greens like that of a grazing cow. We’re definitely in bear country now.

The road today wound exclusively through national parks and as a result services were far and few between. After our quick descent we began following the Kootenay River upriver once again, after being separated from it for a day. Between a headwind and the slow, constant uphill, progress was slow but we eventually reached the Kootenay Park Lodge – the sole resupply point for the day. The restaurant was closed so we at a lunch of bagels and peanut butter.

Back on the road and progress was still slow, now due to the road being steeper as we approached another mountain pass. This time at the top we crossed the continental divide for the fourth time this trip, back into Alberta, and into Banff National Park! Coming to Banff by bicycle was always a goal of mine – I refused to visit by plane or car unless I had biked here – so now I’d call this goal unlocked. Next time I’ll happily visit via some faster means of travel.

While pulled over for a photo with the continental divide sign a grizzly bear appeared a couple hundred feet away and lots of cars pulled over for photos. We snapped a couple from afar and proceeded onward, not wanting to test our luck.

The road finally began descending into a new valley and we got our first glimpse of some of the impressive peaks in Banff. Another hour and a half of steady uphill brought us to Lake Louise where we’ll be taking a rest day before the final leg to Jasper.

Notes from Donald: “Today was a big day for us – pretty high mileage with a bunch of climbing and our *probably* final crossing of the continental divide on this trip. Biking through Kootenay National Park was pretty cool, and then we crossed into Banff and saw our  first Grizzly bear. Riding on highway 1A in Alberta was really nice because it was quiet and peaceful.” 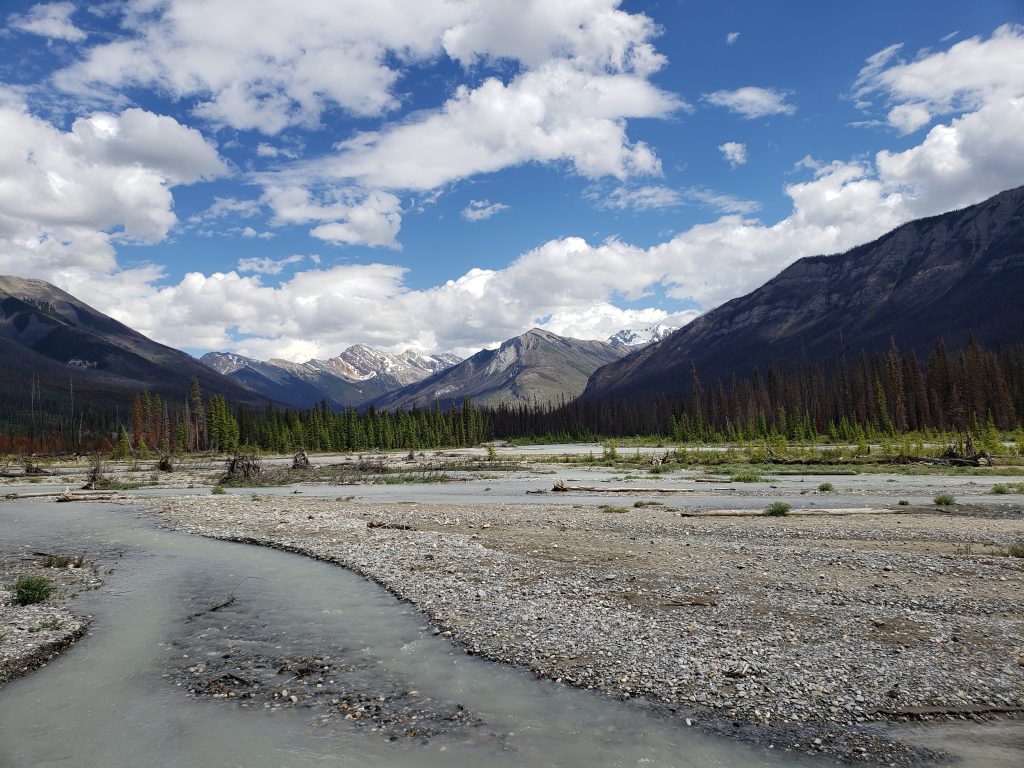 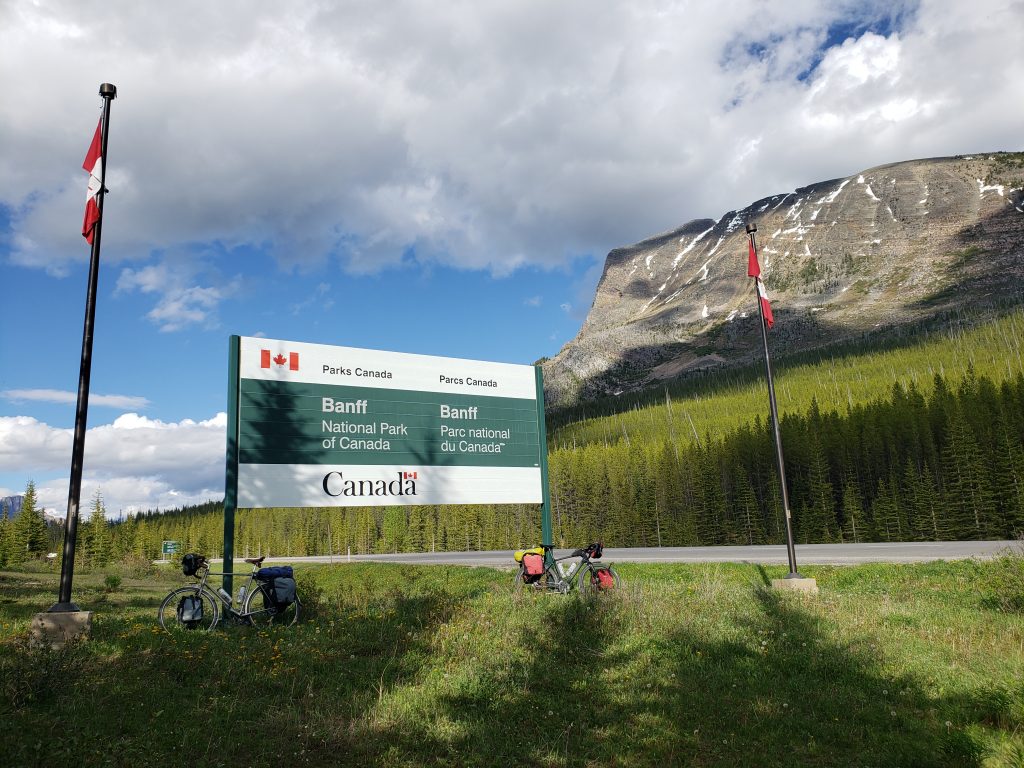 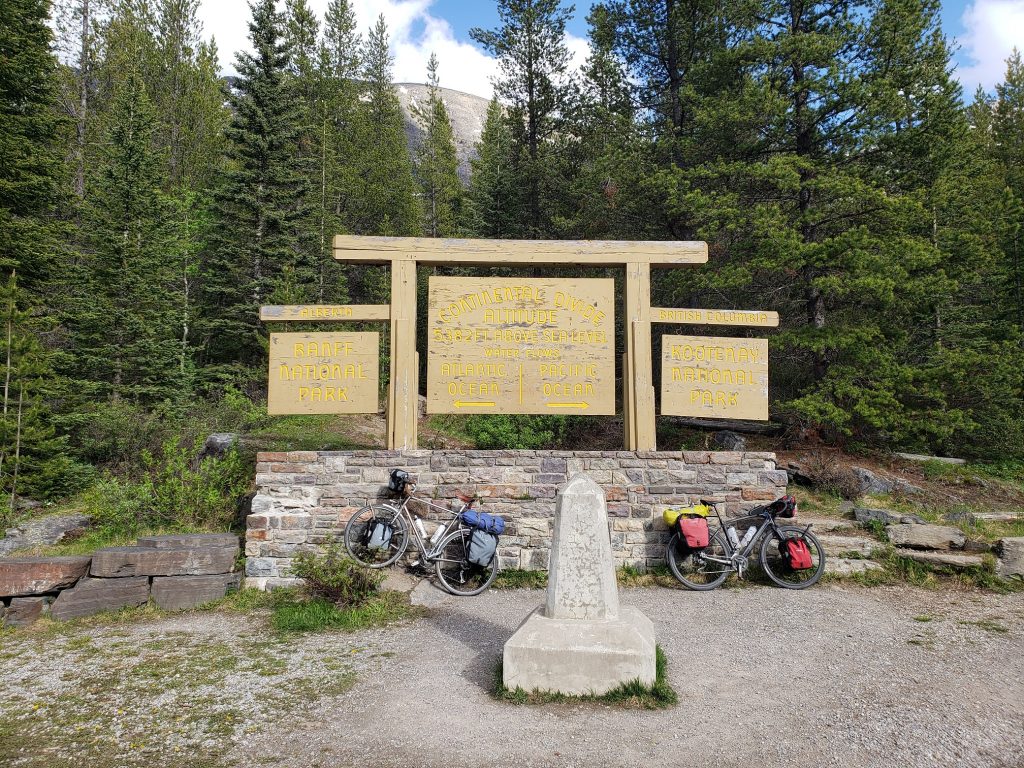 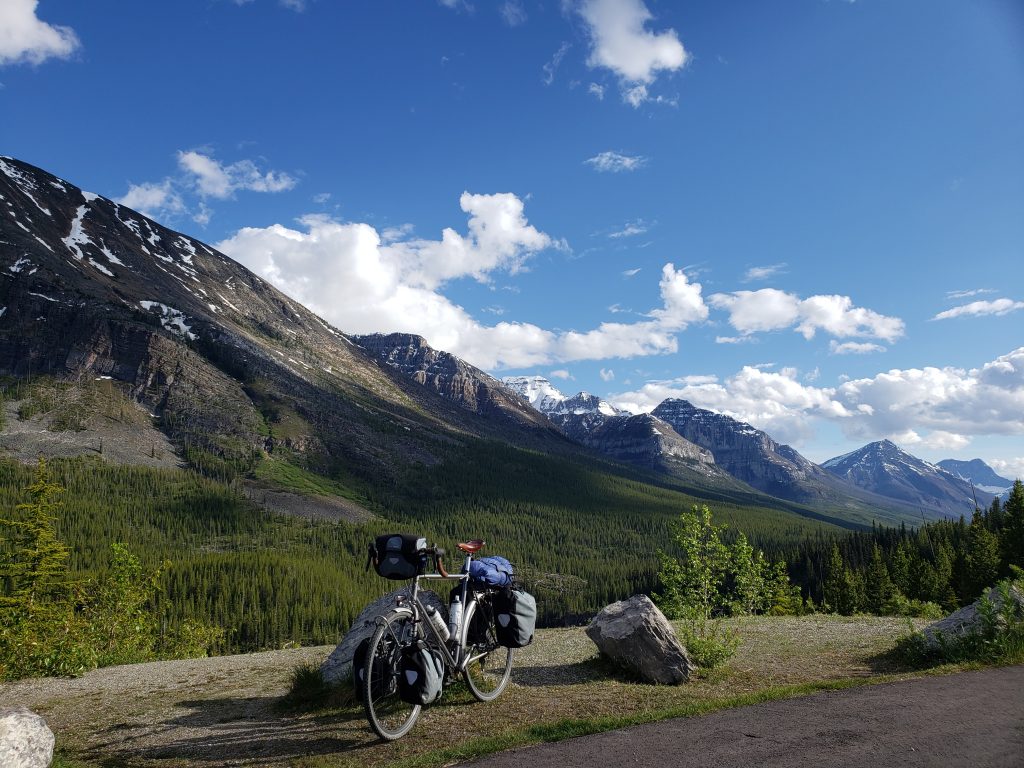 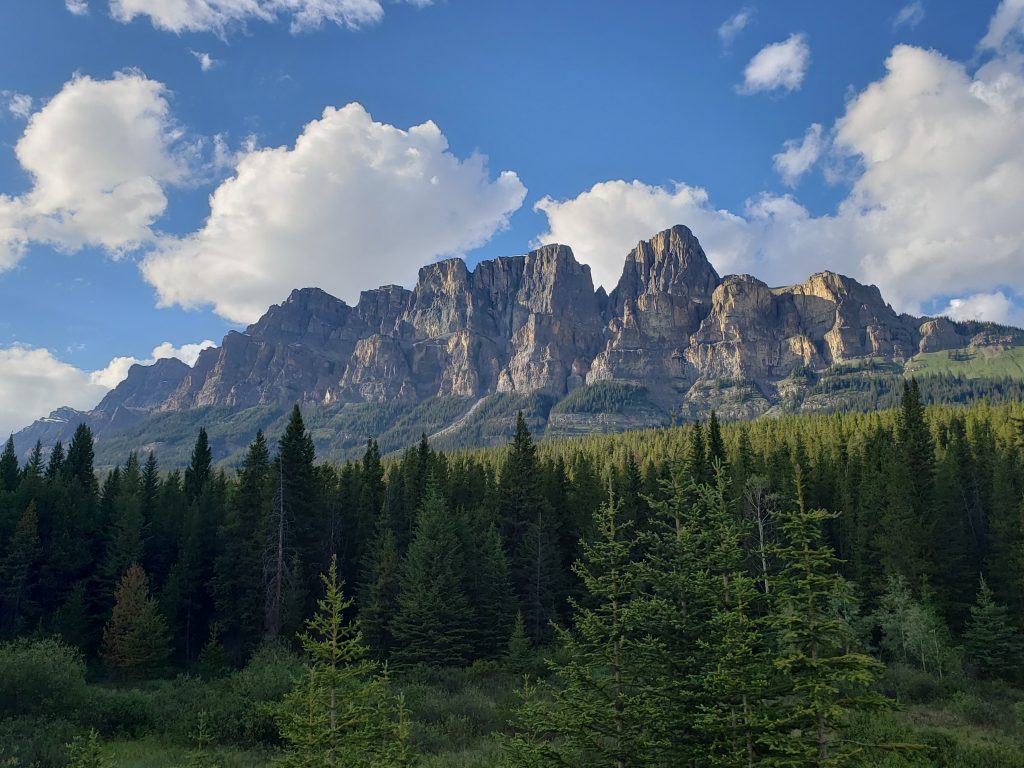