We started out the day heading west through a rural valley back towards the mountains. But what appeared from afar to be flat turned out to be nonstop rolling hills and after twenty miles we had covered more than half of our elevation gain for the day.

The road led towards the mountains and came upon a large field of boulders. As described by roadside signs there was a rock slide here in 1903 – the deadliest in Canadian history – and the debris is still here as a reminder of that day. A man was pulled over on the side of the road with a large “Information” sign on his car and came out to talk to us about the rock slide and try and sell us a book he wrote about it.

Large mountains were close now to both the south and north. These are the mountains I came here to see – the iconic Canadian Rockies mountains with pine trees leading up steep slopes before giving way to a rocky upper mountain with distinct angled striations. I could almost be satisfied to head home now, but we’re close enough so might as well see a whole bunch more of them in Banff and Jasper.

After a good lunch of barbecue we headed towards Crowsnest pass and crossed into British Columbia. Our route is a bit circuitous around here because we took Going to the Sun Road all the way across the pass and now have to cut back west (and south!). But the riding is good.

Along the road we came across the world’s largest truck – a prototype mining dump truck that was used in the open coal mines here in the 70’s and 80’s – now relegated to a tourist attraction. While biking through Kansas I saw the world’s largest ball of twine and Donald and I witnessed the largest fishing rod (in Canada?) in Houston, British Columbia. I suppose no tour is complete without a “largest something or other” attraction – glad we got that checked off.

We arrived in the town of Fernie and found a place to stay. Fernie seems to be another cute ski/mountain bike town and many of the lodging options in town have hoses out front to wash down mountain bikes. Our motel has free laundry machines and everything is right in the world.

Notes from Donald: “New province day! And we got to see the world’s largest truck, which was big.” 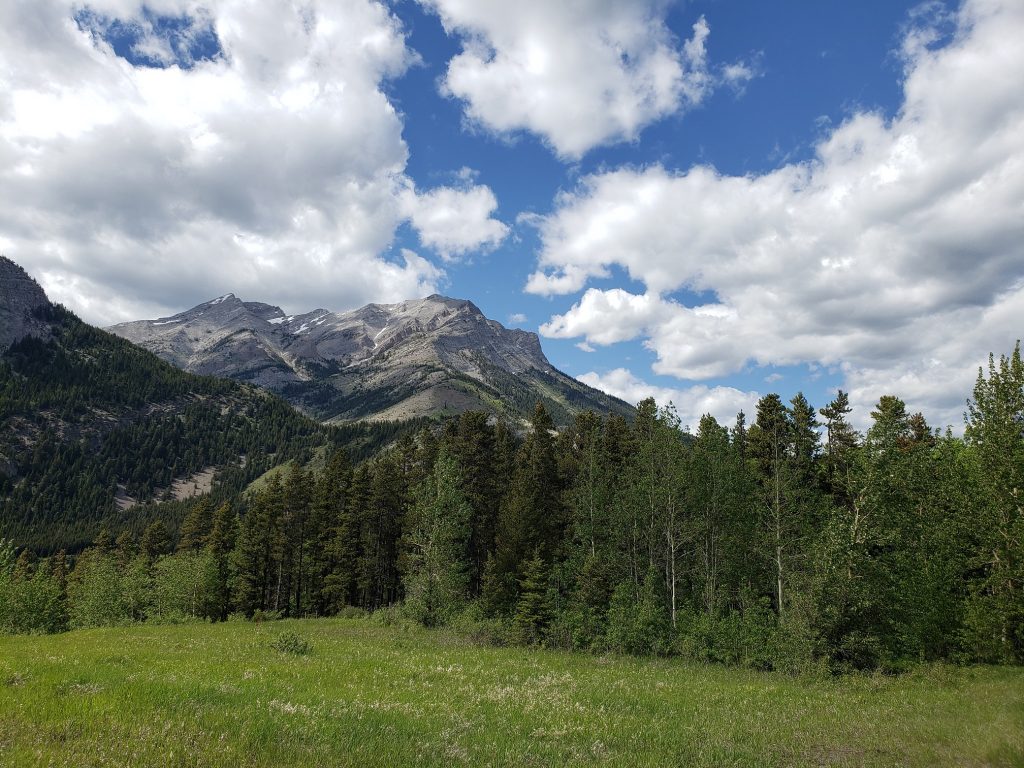 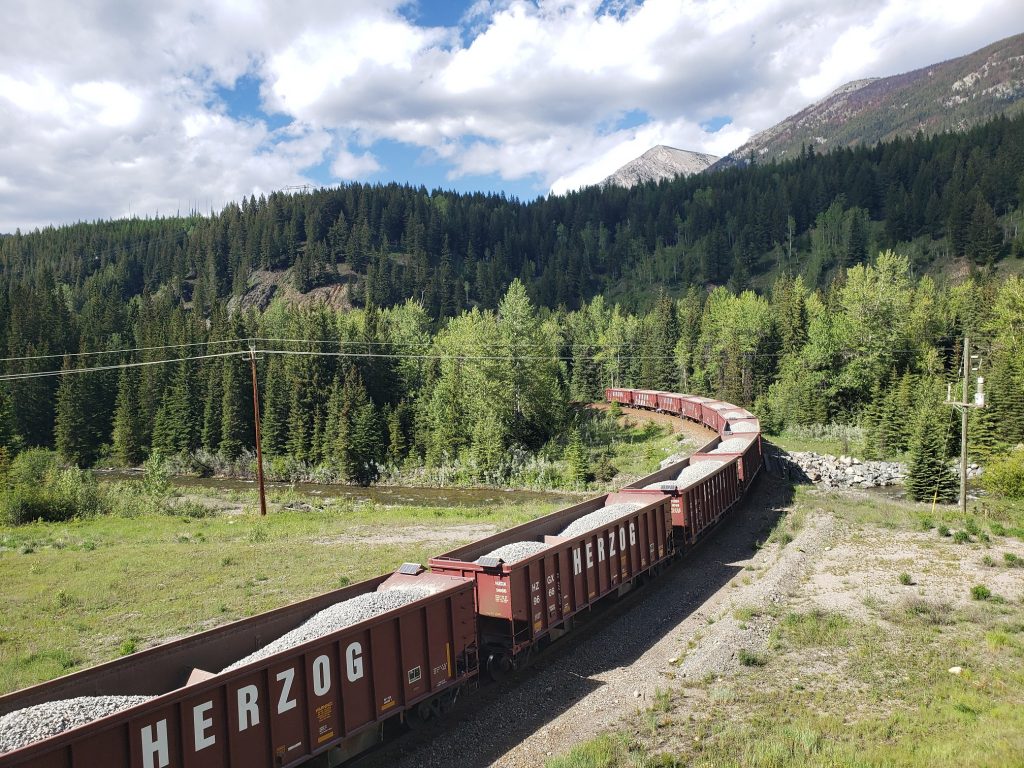 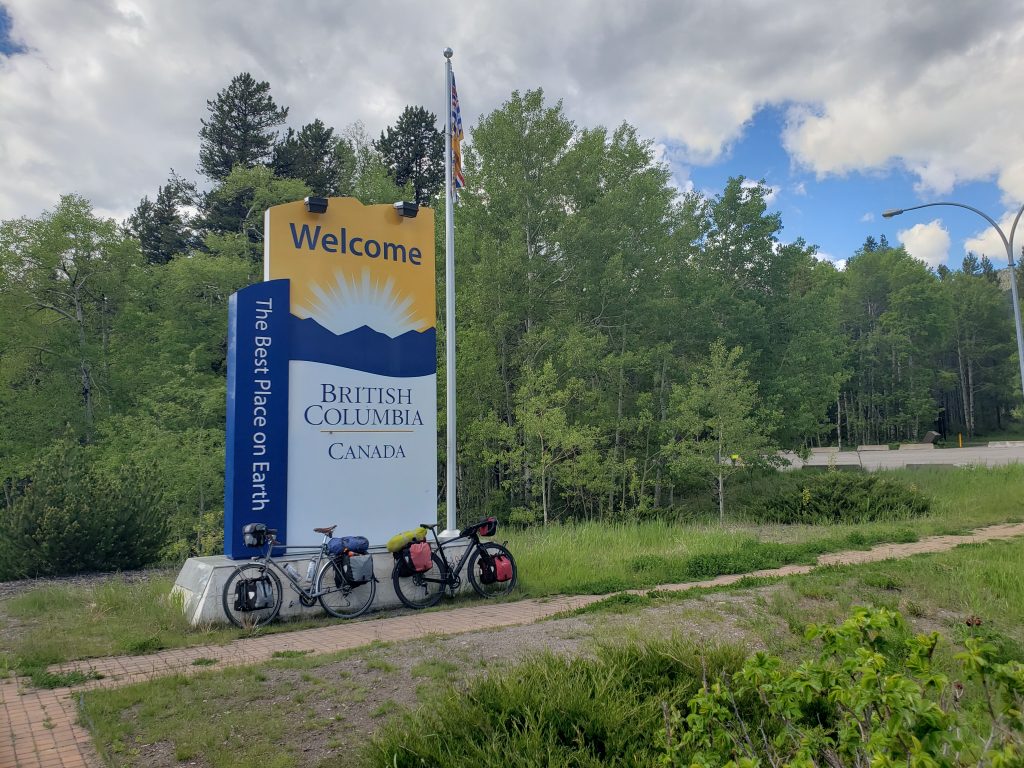 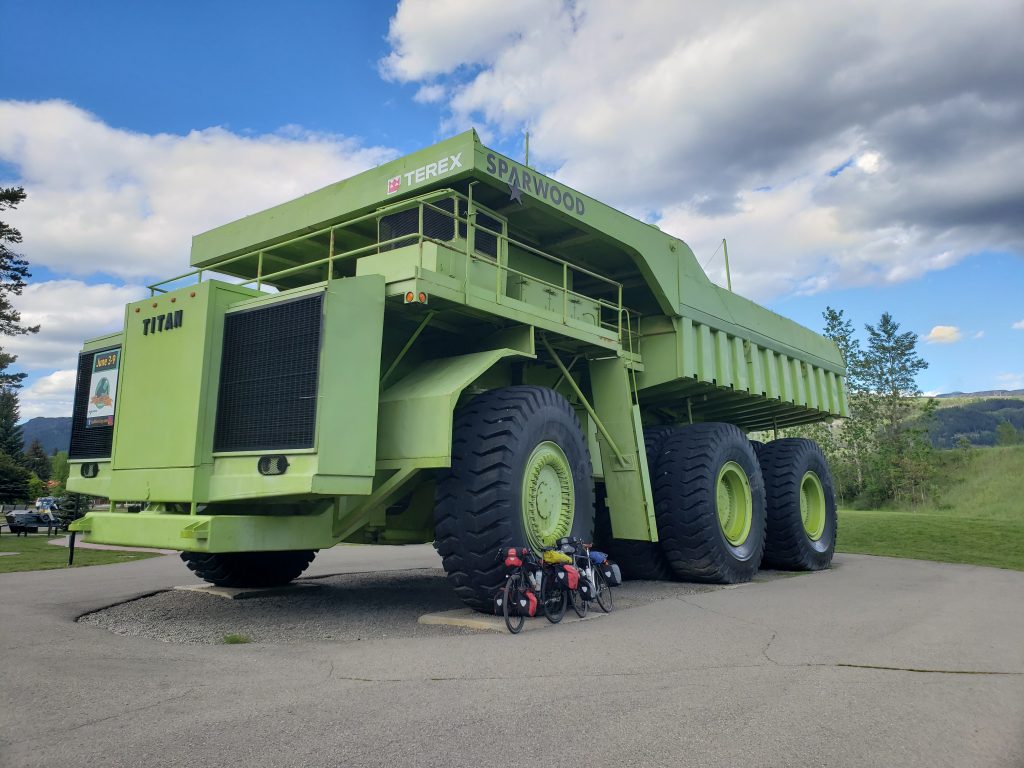