We spent a while in the morning waiting for all of our gear to dry after the overnight rains. In heavily wooded campgrounds this is a challenge as you need to constantly be moving gear to stay in the small patches of sunlight as they move across the campground floor.

The park road was open to cars for the first seven miles after our campground and being a national park it was heavily trafficked and had no shoulder. So we wound up pulling over a lot to let cars pass until finally arriving at the gate restricting car access.

To say there were a lot of cyclists would be an understatement. We saw at least dozen cyclists getting ready to ride the road, and many many more on the past the gate. I suppose it shouldn’t have been a surprise given that a weekend with cars prohibited on such an iconic road can come at most once a year.

We started out following the rapidly moving McDonald Creek but before long the creek was left far below as the road ascended one side of the valley. The valley sides are steep – nothing but cliffs at times – and so the road had to be built on a precarious edge with vertical cliffs towering above on one side and dropping off on the other. Needless to say the road is very narrow, has no shoulder, and lots of rock debris scattered across it. This would be hellish with cars on it but is quite pleasant with just bikes.

Not to go a day without getting wet, it started raining then hailing but the hard work of the ascent meant we didn’t need don out our rain jackets. Higher still the crowds began thinning out – some folks appeared to be turning around halfway. Surprisingly, we didn’t get passed a single time despite seeing maybe two hundred other cyclists. Maybe the more serious cyclists started earlier in the morning.

The ascent was filled with one magnificent view after another as different parts of the valleys came into view and storm clouds obscured and revealed majestic snow-covered peaks. Because of the lack of vehicles we could stop anywhere for a photo instead of the rare designated pullouts – much nicer this way.

The rain came and went and eventually turned to graupel (remember the snow-like precipitation from Bryce?) and by the time we reached the Logan Pass there was a steady snowfall. The visitor center and restrooms at the top were still closed so we only stayed a short while before beginning our descent down the other side of the pass. This side of the pass was shorter and completely empty – all the other cyclists went back down to the parking lot on the west side from which they had come. According to a ranger we were the first cyclists this season to go all the way over the pass to the other side.

The remainder of the day was comprised of seeing the sights on the road out of the eastern side of the park, eating lunch at a bizarre restaurant in St. Mary, and calling it a night in the tiny town of Babb where we were once again the first visitors in the motel for the season.

Notes from Donald: “Riding Going to the Sun Road was challenging but had lots of great views. It even snowed at the top! Hopefully that’s the last snow we see.” 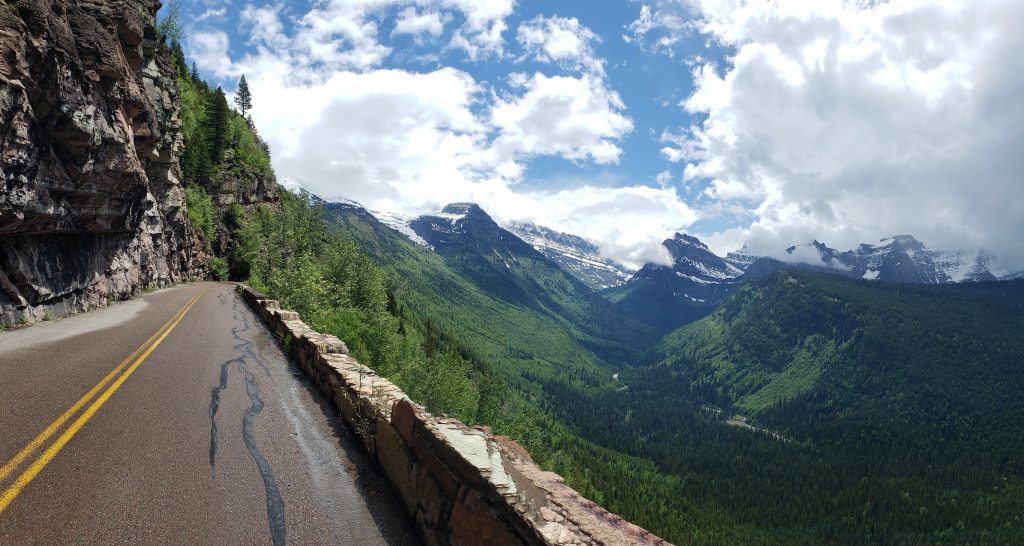 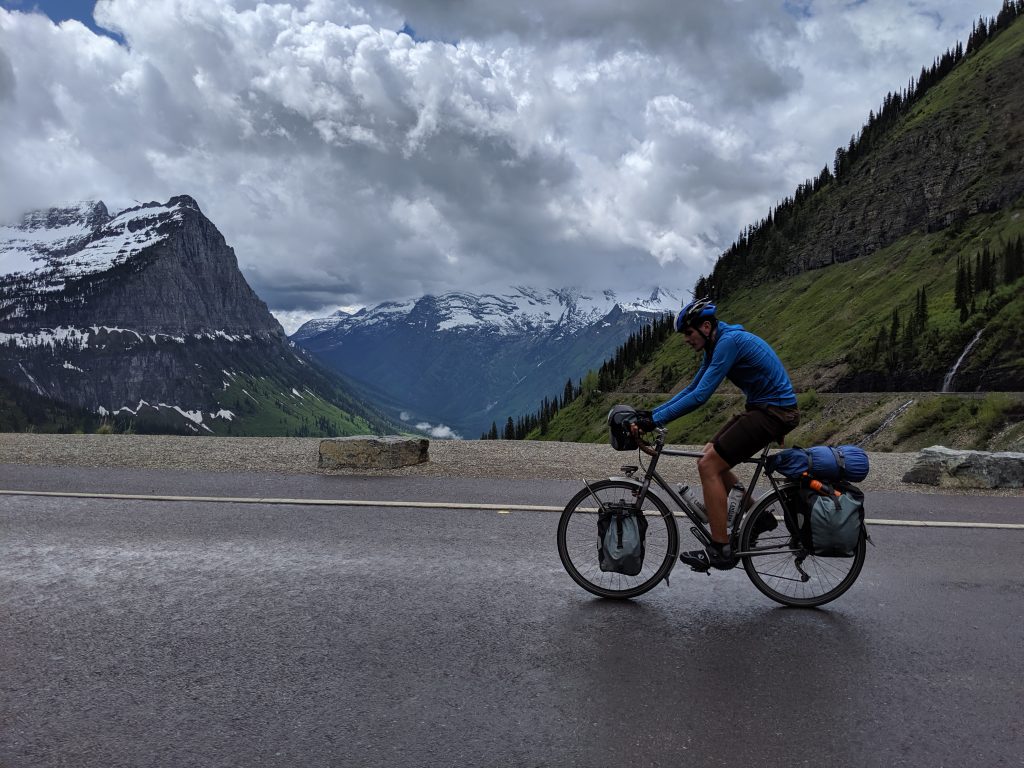 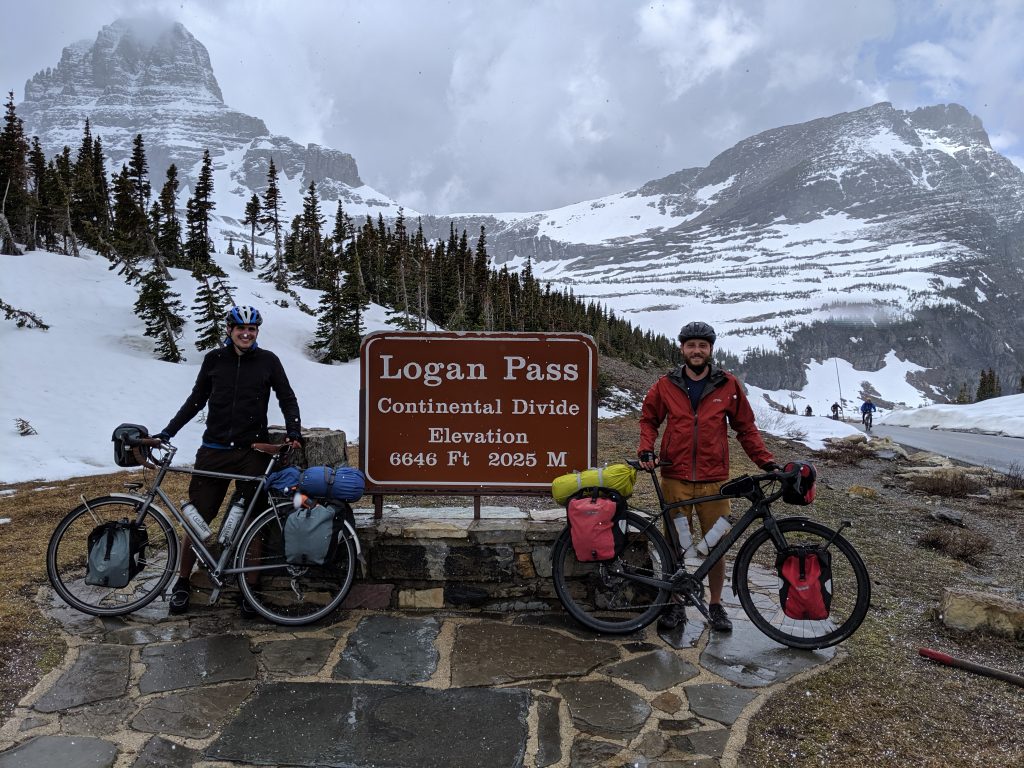 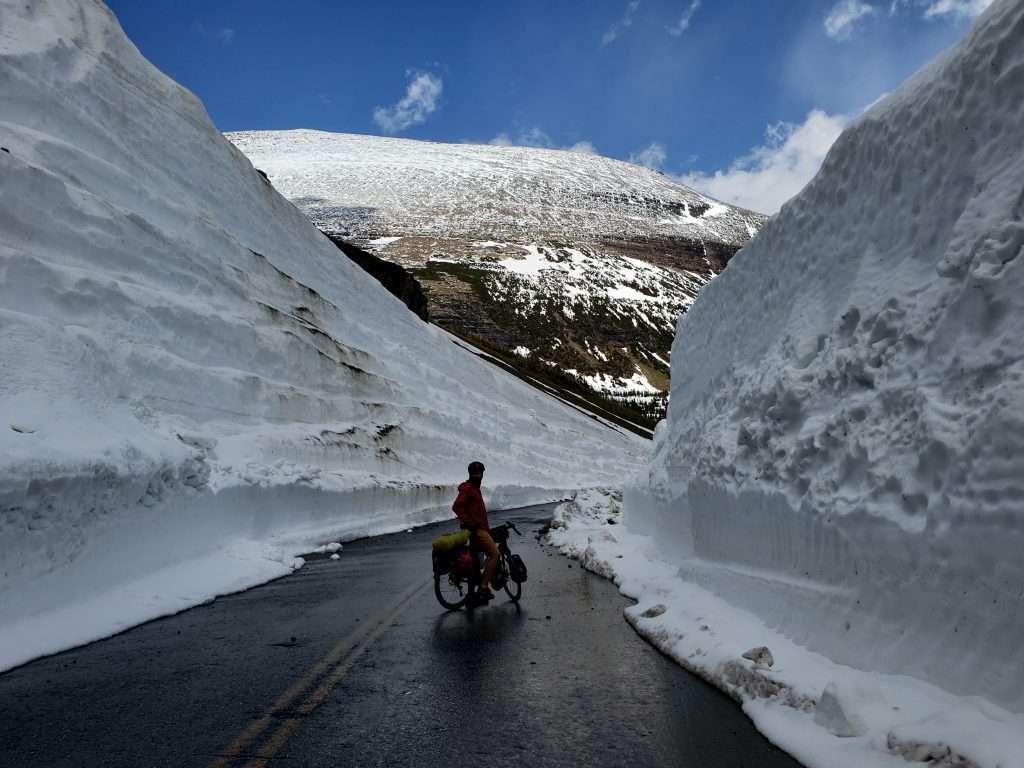 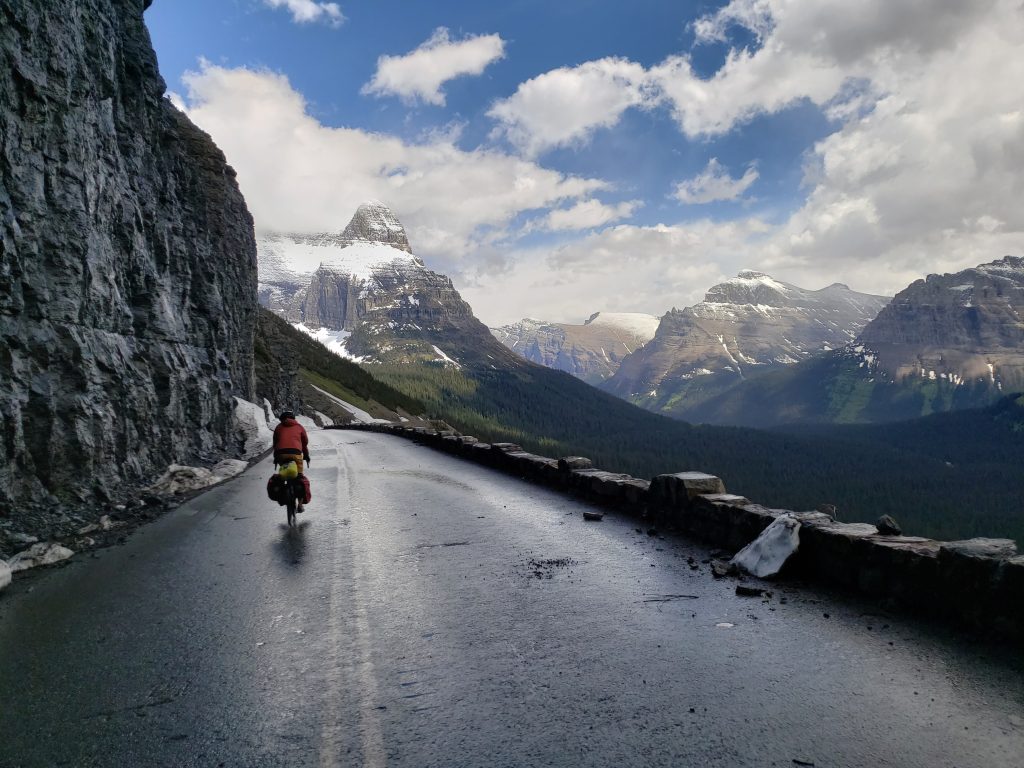