As always seems to be the case with these sorts of things, we got a late start on the first day. Grabbing the ferry to Bainbridge, Donald and I wound our way up the Olympic peninsula before having a meal in port Townsend and ending the short day in Fort Casey state park on Whidbey island. The almost-full moon looked like headlights on my tent walls.

Wednesday morning was sunny and warm so we relaxed for a couple hours in the park before departing along the hilly route up Whidbey. A combination of bike problems, frequent and extended breaks, and a late start led us to only make it forty miles to Bay View state park. We did make it to camp in time top perform some much needed bicycle maintenance so we were ready for a long day on Thursday.

Thursday came and despite a late start, we made quick work of the 25 miles to Bellingham, our last large city for a while. Stopping in REI for supplies, Donald had his bike looked at because he was still having some shifting issues. It was a good thing too, because he had some major problems, most importantly a broken derailer hanger. Additionally, his bike uses a rather rare kind of hanger and they didn’t have a replacement in stock. We found another bike shop in town, Earl’s Bike Shop who saved the day by having the spare part in stock and graciously making time to fix up Donald’s bike. By that time it was already almost evening so we had to call it a night  in Bellingham.

Friday brought tailwinds. The thirty miles from Bellingham to the border was gone in under two hours, the border crossing was smooth, and the roads were flat. After a quick stop in Chilliwack we hopped on the Trans-Canada highway for the last thirty miles to the town of Hope. The three restaurants near our hotel were either closed permanently or for the day so we headed over to a subway for dinner.

We’ve had a number of setbacks but have started making better time. With two people it’s hard to get started at a decent hour in the morning, the breaks are twice as frequent and frequently longer, and the pace is reduced to the lowest common denominator. But it’s still the beginning. Heading out of Hope now, into the rain. See you in four hundred miles, from Prince George. 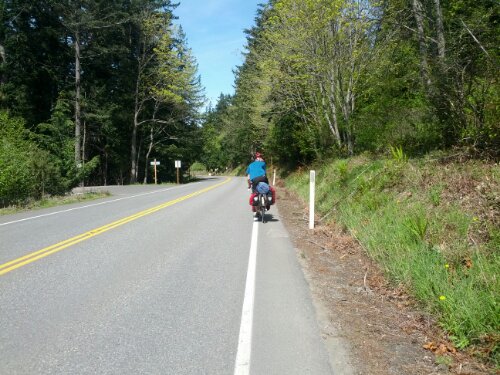 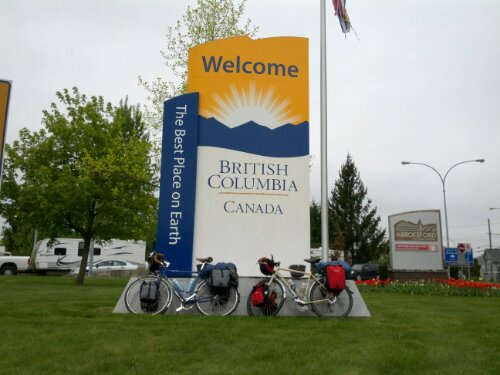 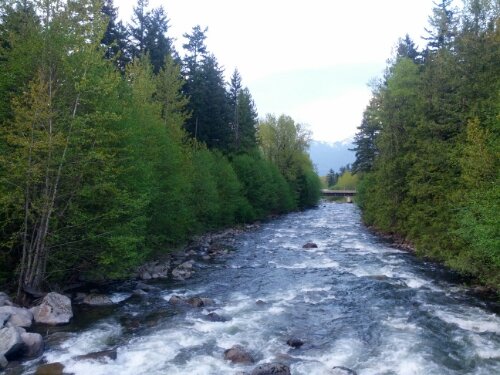 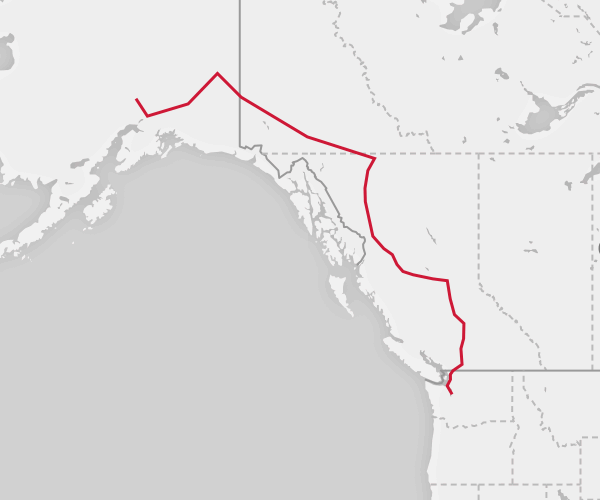